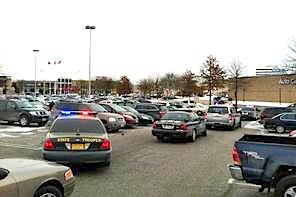 Police are responding to an active shooting at a suburban Baltimore mall.

The Howard County Police Department confirmed a shooting incident at The Mall in Columbia on its Twitter account.

Authorities say 3 people may have been shot dead.

One subject dead is suspected shooter. No information about other victims yet.

The Maryland mall is at the center of the town, a suburb of both Baltimore and Washington. FNC.