Former Beyonce bandmate, Destiny’s Child’ Michelle Williams has managed to stay friendly with the breakout star. Ever since the singer went solo, Williams has been supportive of her pal’s success. 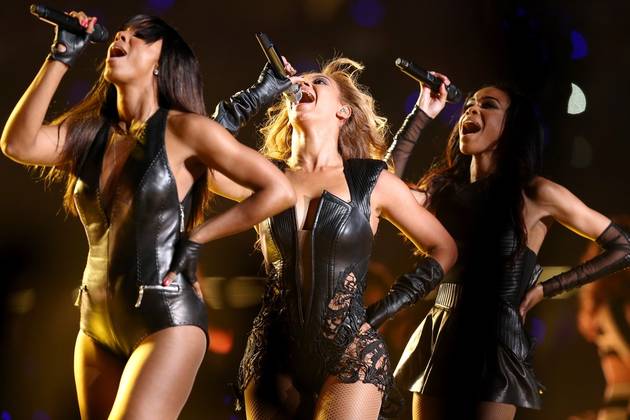 Williams, 33, spoke with Us Weekly about the surprise project that was dropped on iTunes without warning on Dec. 13 at the 5th Annual Essence Black Women in Music Event in West Hollywood on Jan. 22.

But the highly sexual album — with graphic songs like “Drunk in Love,” “Blow,” and “Rocket” — is slightly more revealing than the singer expected.

“I was telling someone on the way here how I was laughing,” she continued. “I don’t know if it’s laughter of shyness or embarrassment because the makeup artist and everyone was listening to her say these things, and I’m like, ‘That’s private girl!’ We aren’t supposed to know all that. But she is married and has produced a baby, and we know what you have to do to produce a baby so OK!”

Williams doesn’t think Destiny’s Child will record an entire album again, but future reunions aren’t entirely out of the question.

“I think we just kind of like doing those one offs,” she said, referencing the group’s new song “Nuclear” on the 2013 compilation album Love Songs. “I think those are more special.”

Destiny’s Child memorably reunited in February 2013 for the Super Bowl half time show where Beyonce performed an almost 15-minute set of her greatest hits.