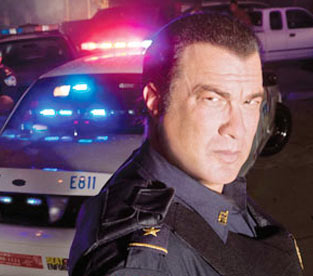 Steven Seagal is considering a run at governor of Arizona, following in the footsteps of another action hero, Arnold Schwarzenegger.

The self-proclaimed “toughest sheriff in America,” teamed up with Maricopa County Sheriff Joe Arpaio for the show that was shot in Arizona and airs on cable TV’s Reelz Channel.

The martial arts expert is a member of Arpaio’s posse, made up of 3000 unpaid civilians. He also has been deputised with sheriff’s offices in New Mexico, Texas and Louisiana and says he wants to increase border security.

So do you think Seagal would make a good governor? Sound off below!