Our friends over at TMZ have another exclusive on their hands — Revealing the home where ex-NBA star, Lamar Odom has been occupying for the purposes of smoking crack.. That is at least until recently. 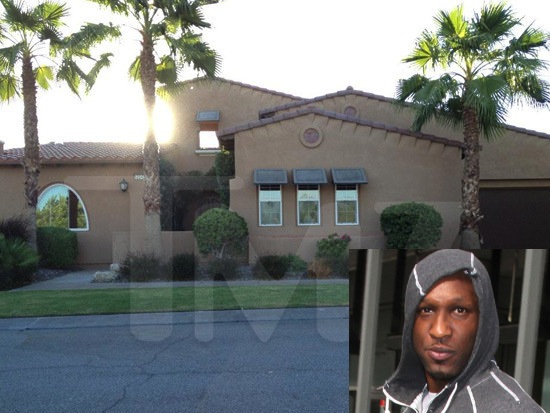 Odom had been holdup in a Palm Springs area home with not one, but two different women.. But I wouldn’t worry Khloe, I’m sure they were just smoking crack and nothing else.

The house is located in a gated community in La Quinta, near Palm Springs and it set the stage for Lamar’s most recent embarrassment, a crack binge lasting two solid weeks..

There were reported to be several other people on hand living at the house and helping Odom smoke HIS drugs.

Last night at 8:45 … Lamar left the house and went to the Tarzana home he was sharing with Khloe Kardashian. Sources say he stayed at the house for a “short time” and had a conversation with Khloe.

Lamar left the house and then went to his loft in Downtown L.A.

So in classic druggy style Lamar moves on to his next trainwreck.