Sad.. Khloe Kardashian has choose her 4th wedding anniversary to cut her husband’s last name, “Odom,” from her Twitter account. 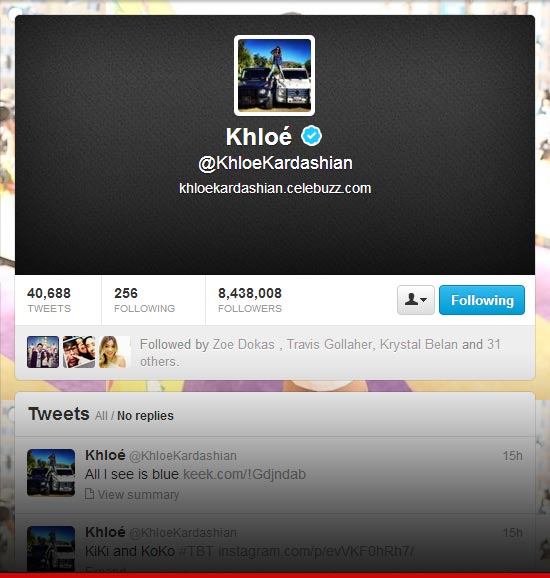 It had to be a big decision, dropping Odom from her last name.. And, (as usual,) in a very public way, on the reality star’s popular Twitter account.

Maybe a coincidence? Not a chance.. Today is her and Lamar’s 4th wedding anniversary and Khloe had already dropped “Odom” from her Instagram account last week.

Off the rails, Lamar, rolled back to Calabasas via a weeks-long crack binge in Palm Springs with friends, who happened to be two women.

Word on the street is Lamar is going to make a BIG play for Khloe doing something, (monetarily,) stunning to celebrate their anniversary TMZ says Khloe is not interested..