Amazingly mutant! Meet Lola, a 4-pound lobster that was destine for stardom after being snagged by TV trappers who happened to notice a freakishly five clawed configuration on her left side! 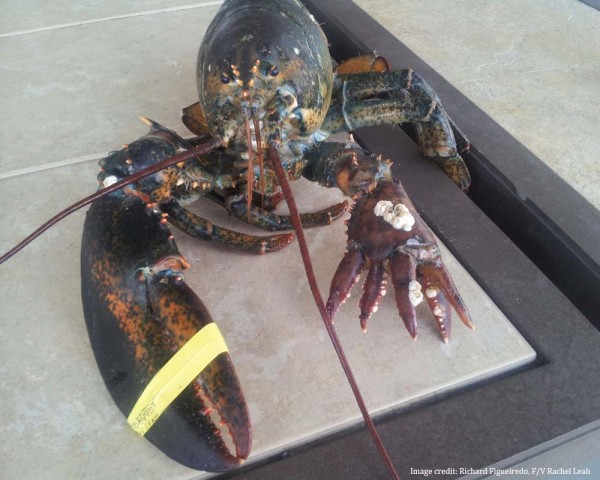 Rachel Leah, from Lobster Wars (go figure,) captured Lola off Hyannis, Massachusetts, last week and then she, (after thoroughly whoring out the freak crustacean to promote their new TV show,) donated it to the Maine State Aquarium in Boothbay Harbor.