Don’t panic, Okay, Panic. 8,000 turtle doves have joined at least 8 other incidences of mass animal deaths across the globe since the first of the year, falling dead from the sky in the Italian town of Faenza.

The dead birds are said to have a mysterious blue mark on their beaks. The theory on the blue marking is that the birds were somehow poisoned. Poisoning has not been confirmed.

The lovely doves are the latest in a round of awful mass death of countless birds and fish worldwide. 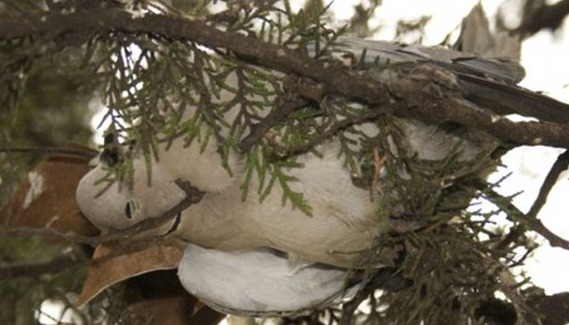