Valerie Harper is officially my new hero! The woman who doctors said would die, (3 months ago,) has not only proved them wrong, she just joined the cast of “Dancing With The Stars!” 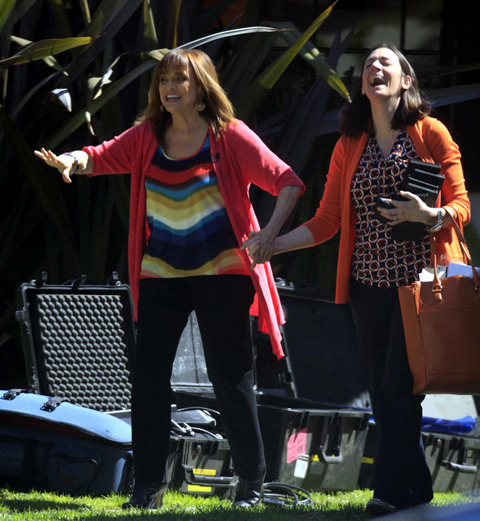 Harper, 74, gained fame for her role on “The Mary Tyler Moore Show” and later on her own show, Rhoda, — has just announced she signed ON THE DOTTED LINE to appear on the upcoming season of “DTWS!” SIMPLY WOW!

Valerie and her partner Tristan have already been practicing for two days, and she’s surprisingly good. Our sources say she’s completely self-sufficient and doesn’t need any special assistance … at least so far.TMZ broke the story … Leah Remini will also be on the next season, as well as Snooki, Elizabeth Berkley,  Amber Riley from “Glee,” and Christina Milian.

You go girl! I mean, you stay girl!