Um so isn’t Valerie Harper terminally ill and supposed to be in bed? Not a chance! The Rhoda actress is alive and well and filming a TV movie in Canada! 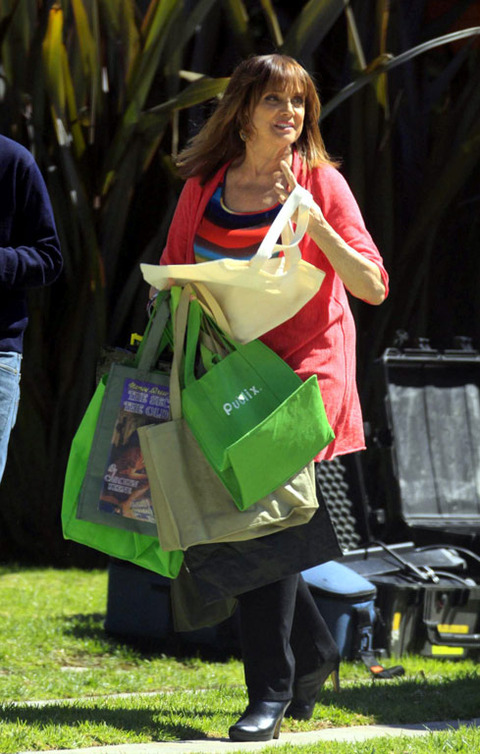 The movie is titled “The Town That Came A-Courtin’, and also stars Lauren Holly! It’s described by producers as an uplifting romance that welcomes the “inspirational” Harper to the set.

In March, the 73-year-old actress said she’s been diagnosed with a rare, incurable brain cancer and that doctors had given her only three months to live BUT! She outlived street estimates and has even gone back to work!

UP’s “The Town That Came A-Courtin'” will air in January 2014, the channel said. It’s being shot in Vancouver, British Columbia.