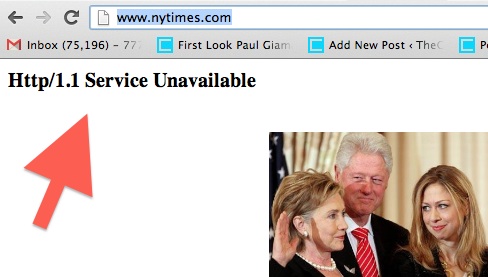 “Our initial assessment is that this is most likely the result of a malicious external attack,” a New York Times spokesperson said.

The periodical had to set up an alternate website just to handle their misguided traffic.

Which one of these two headline stories did the government not, I mean the “hackers,” not like?

The times wasn’t the only one getting picked on by hackers,