Check out these Hollywood stuntmen saving the blonde! But this time it wasn’t an actress and it wasn’t a movie! It was FOR REAL! Three stuntmen in town for Comic-Con in San Diego, saved a suicidal woman who had climbed over the railing of an apartment balcony 14 floors up! Way to go guys! 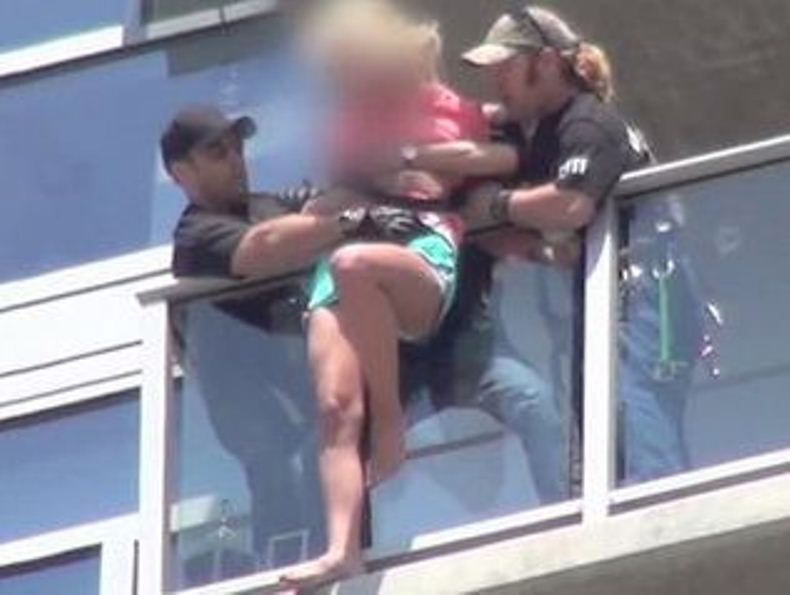 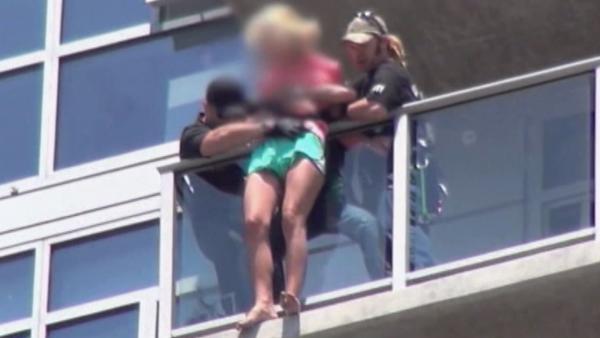 Amos Carver said he and colleagues Gregg Sergeant and Scot Schecter were on a scissor lift when they saw people yelling and pointing. They lowered the lift, grabbed some gear and ran across traffic to the building. After scaling a fence, a security guard led them to the apartment. 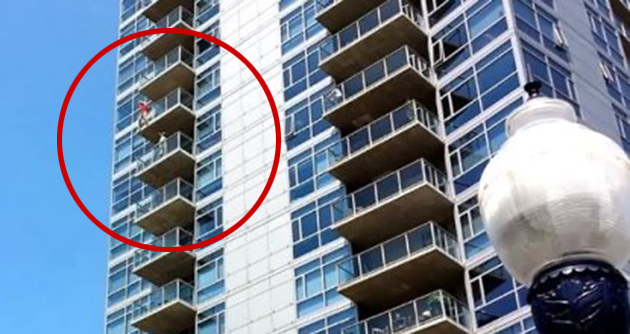 Carver told ABC that when they got there, the woman “was hanging on (the balcony) with one hand, and had one foot off the ledge.” He said Sergeant grabbed her in a bear hug Carver and Schecter secured her in a harness. He added that the woman was “very intoxicated”. Police told local ABC affiliate KGTV that the woman was despondent over a breakup. Check out video of the dramatic rescue taken from a cell phone on the street:
Deadline. 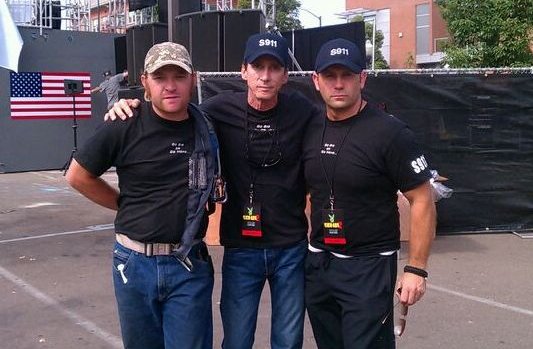