James Gandolfini‘s widow was out and about today shopping solo at the mall hitting several retail stores including Bloomingdales, purchasing what else, bloomers.. She also went to the bank. 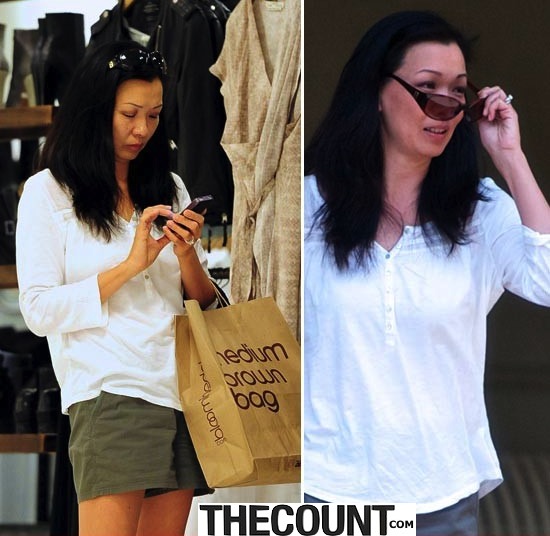 It is her first public appearance since the death of James G less than two short days ago..

Deborah Lin, Gandolfini’s wife of nearly 5 years, is said to be working Italian government to get her hubby’s body back to the U.S. by next week — and his funeral would be in New York no later than June 29.