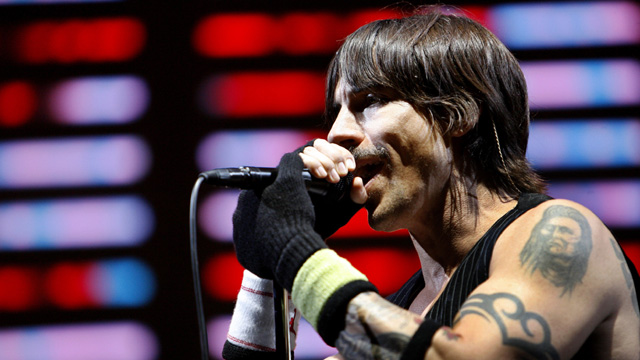 Apparently rock legends from The Rolling Stones were staying there and he wanted to pay his respects!!!

Instead, the Californication singer found himself in the middle of a super scarry skirmish when security JUMPED him!!!!

Ch-ch-check out the musician’s melee for yourself (above)!

Yikes! They basically kicked his talented a$$ up and down the sidewalk!!

Hotel reps say the security guard involved in the brawl doesn’t even work there, but we wonder if that means he was fired AFTER the frenzied fight!

Anthony’s only comment on the whole situation? He said:

“I love the Rolling Stones.”