Golfer stabs partner. According to witnesses, a 59-year-old golfer, took out his Callaway 5-iron and proceeded to break it over the arm of his 65-year-old golf partner.. All because he thought his partner was shaving points.. 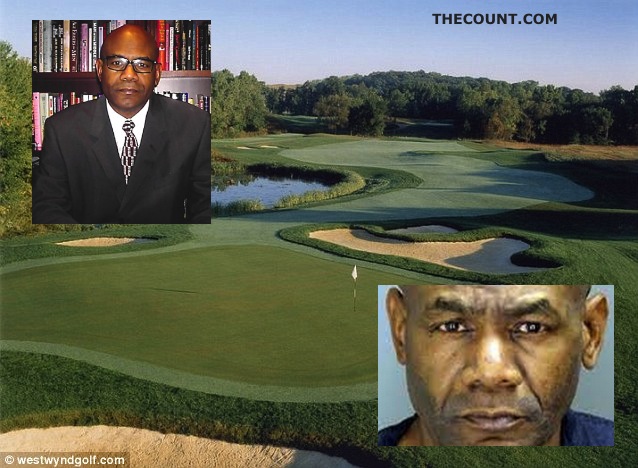 A group of golfers had to restrain Glen Lott, the offending golfer, until his victim could flee to the clubhouse on a golf cart. Lott managed to get free and jumped in his own golf cart. The attacker could be heard screaming that he was “going to get him.”

‘It was group of 20 friends — or maybe former friends now — or maybe they used to be coworkers who have a travel league,’ Mehlberg said, adding that the all-men’s group were regulars to the course over the last several years. No other incidents with the group have ever been reported.

Lott drove off in his car but was later taken into custody. Lott was arraigned on Friday in Rochester Hills District Court. The man was issued a $100,000 bond and ordered to stay away from the golf course. 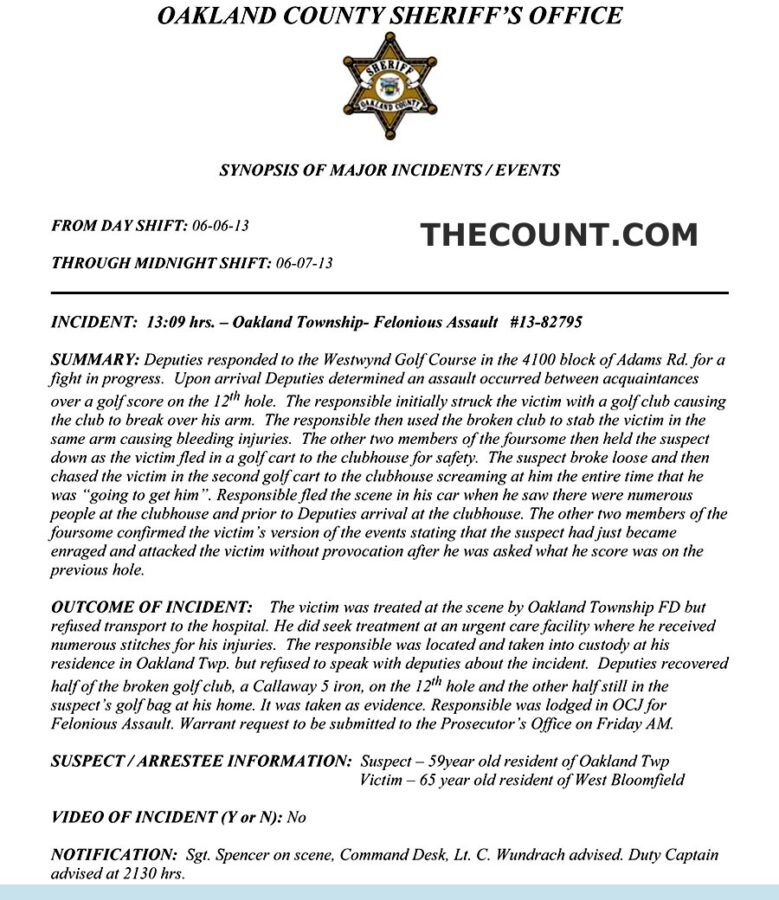 A course employee stated that fights on the green are extremely rare,

‘It was a crazy day. I’ve worked at a golf course for 12 years and nothing like this ever happened.”