Singer Ciara’s gig at LA Pride had a very strange legal twist after a member of the crowd reached out to the singer, literally. It all went down last night when the pop diva was actually served with legal papers smack dab in the middle of a song! 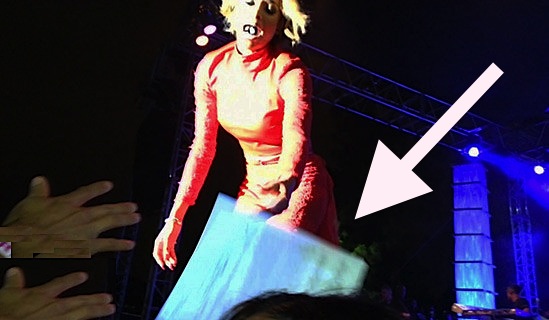 As TMZ first reported … Hit Factory, a popular West Hollywood club, sued the singer for bailing on a performance scheduled for Friday night. Ciara’s people maintain they informed the club she could not be there, but they continued to promote her appearance anyway.

Since the club people knew exactly where Ciara was going to be Saturday night, they sent their process server right up to the stage to hand her the papers … which she quickly tossed back.

TMZ reached out to Ciara’s rep to see what became of the papers. Stay tuned..