Amanda Bynes flat out rejected a job offer from Playboy! You would think that was THE offer the crazy actress was waiting for! But maybe the problem is that the offer was actually from Playboy’s radio station..

The first time around, Playboy Radio offered Bynes a DJ co-host spot on Twitter but on Tuesday TMZ revealed Playboy doesn’t only want Bynes for a one-time job; they want to secure her for a full-time spot.. But none of that amounted to a hill on beans as Bynes said a resounding NO. 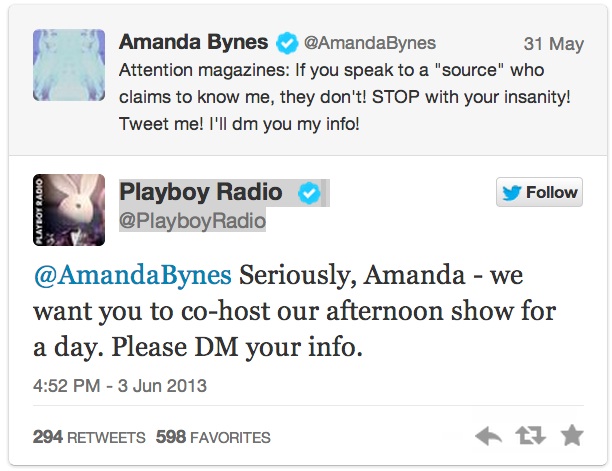 Alas, the 27-year-old later rejected Playboy’s proposal because she plans to record an album (of course). “I want to [do the show]. But I can’t because I’m recording an album!” she told TMZ. “I’ll go on their show for an interview when I’m promoting my album.”