Talk about an inside job! ANAHEIM, Calif. (KABC) — A 22-year-old Disneyland outdoor vending cast member has been arrested in connection with a dry ice explosion in Mickey’s Toontown area. 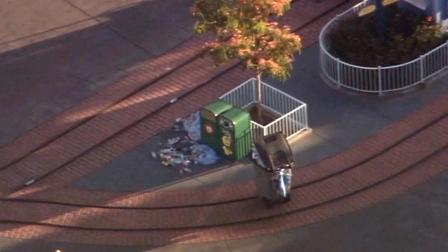 Anaheim police say Christian Barnes of Long Beach was taken into custody and booked on suspicion of possessing a destructive device. He is being held on $1 million bail.

Authorities received reports of people hearing a small bang in a trash can within Mickey’s Toontown just before 5:30 p.m. Tuesday. Officers found remnants of a water bottle, which was indicative of a dry ice explosion, police said.

There were no reports of injuries or property damage. Disneyland officials said an evacuation was conducted out of an abundance of caution.

Police say he is cooperating with investigators and has indicated that this was an isolated incident with “unanticipated impacts.”