Morgan Freeman picked a strange time to take his afternoon nap, LIVE during a TV appearance!! 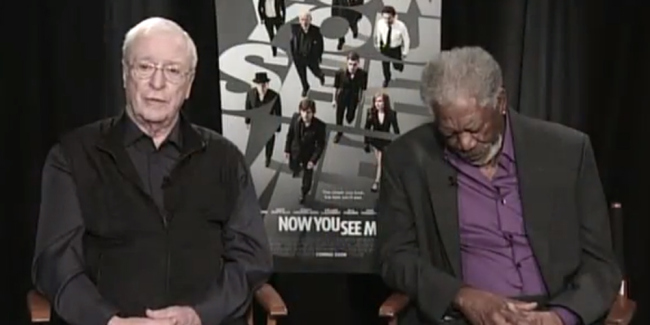 The Oscar winning actor proved just how exhausting those endless rounds of interviews can be when he nodded off midway through one on live TV earlier this week. The 75-year-old had been promoting his latest movie Now You See Me, on Seattle channel KCPQ, joined by co-star Michael Caine. But while Caine was wide awake and more than keen to discuss the film – about a group of magicians who use an illusion to pull off a daring bank heist – Freeman appeared to be having trouble keeping his eyes open on more than one occasion.