Taylor Swift lookalike gets a broken jaw from a jealous girl?

An 18-year-old Taylor Swift look-alike got busted in the chops for being too good of a doppelganger. Or so she says..

Her name is Kristian and she claims that when she’s walking down the street random people actually yell at her because they think she’s Taylor Swift. Um, okay.

She says that One Direction fans yell derogatory statements her way regarding Harry Styles and Taylor Swift’s on and off again relationship.. 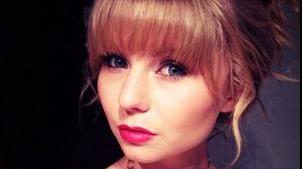 “At first, I was a bit taken aback,” Kristian told SWNS. “But then I realized they were shouting things like, ‘Leave Harry alone!’, or ‘Harry is mine!'”

But the jealous fans’ abuse has gotten physical. On Wednesday, the Daily Mail reported that Kristian was studying when bullies pulled from her chair and kicked her in the face.