Some areas of Atlanta are nice and some are kind of badass, and an unlucky CNN anchor just learned that the hard way after getting her iPhone snatched on a public street.. 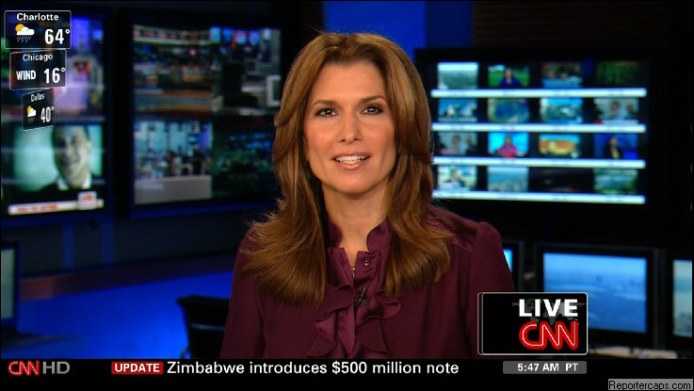 Cops say, CNN Anchor, Carol Costello was walking in Atlanta’s Midtown section when suddenly two teenagers attacked her from behind and grabbed her iPhone.

Costello was actually talking on the phone in broad daylight when the young punks committed the robbery.

Stupidly, the anchor actually struggled with one of the suspects before relenting her phone – along with a huge chunk of her hair.

Costello posted details of her ordeal on her Facebook page,

“As he ran down the street, laughing, I hurled a few expletives his way,” Costello wrote on her Facebook page.

Seriously folks! This is a grown woman, she should know better! Your life is not worth your property!

“I felt no fear at the time, I was just angry,” she said. “Now I’m angry, shaken and sad. What a lousy life those kids have ahead of them.”

Someone needs to go to ZEN classes..