WWE wrestler X-Pac had a booty accident and tore his anus! OUCHIE!!! 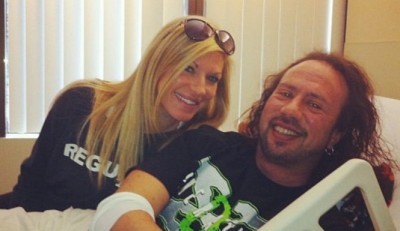 The Bronco Buster sees X-Pac run from one corner turn-buckle to the other, before then jumping crotch first into his opponent, who is incapacitated in a seated position.

However on this occasion the opposing wrestler moved out of the way to avoid his fake injury and this lead Waltman to drive groin first into the turnbuckle, which caused the mayhem.

But X-Pac was a professional about it and even attended a party before going to the hospital. He was bleeding profusely! X-Pac’s girlfriend, Alicia Webb, tweeted:

” We don’t know if there is a medical term for it … but he did a bronco buster last night that literally ripped his ass apart! :-/ Lost a lot of blood! Had surgery this morning and is on the road to recovery! Believe it or not .. this has happened to him once before!”

Swift recovery X-Pac! This is a clip of X-Pac’s Bronco Buster: