Oops! They did it! Madame Tussauds has unveiled another waxwork figure of pop diva, Britney Spears, there’s just one little problem… It looks NOTHING like her! Or at least very little like the 31-year-old mother of two. It looks more like a young Vanna White! The New York museum revealed the statue of the 31-year-old on Tuesday, after reportedly copping her look from the 2008 MTV Video Music Awards. 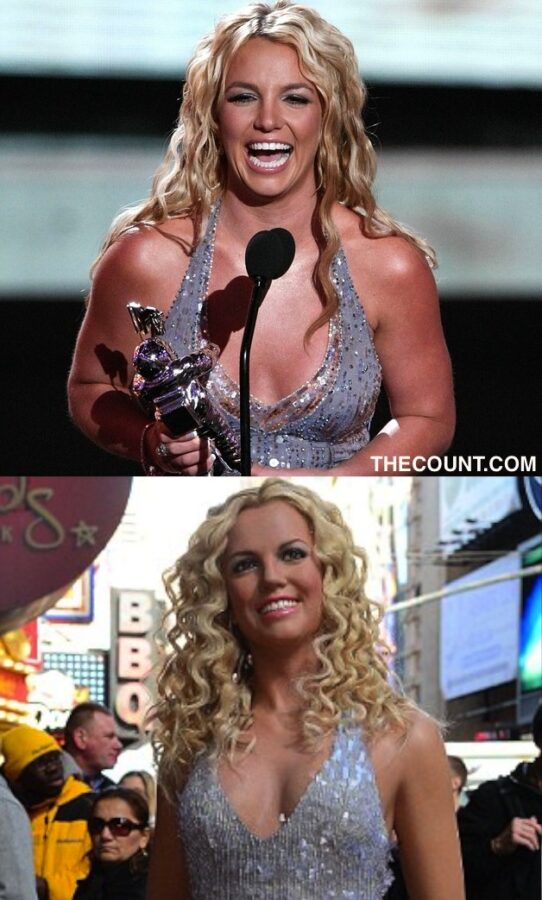