Hey guys! I don’t even get what TMZ is trying to say here by bagging on Chuck Norris! I think he looks great for 73 years old! I like the fact that Chuck is clean-shaven and his arms look totally buff, his face looks fine! And about that grandpa belly… Come on TMZ lighten up! That could’ve been a heavy breakfast! Anyway, someday you’ll be sporting one of those, that is, IF you’re lucky and live that long! And I bet he still kicks your ass! 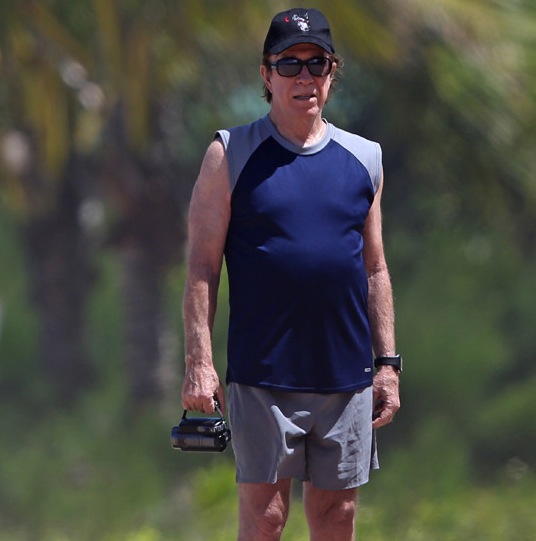 The indestructible Chuck Norris has finally met his match … Father Time. 73-year-old Norris — sporting a cleanly shaven face — was spotted out in Hawaii Thursday with his sleeveless t-shirt, sunglasses, and grandpa belly … actually looking his age for once in his life. It might not be a roundhouse … but he’s still kickin’. tmz