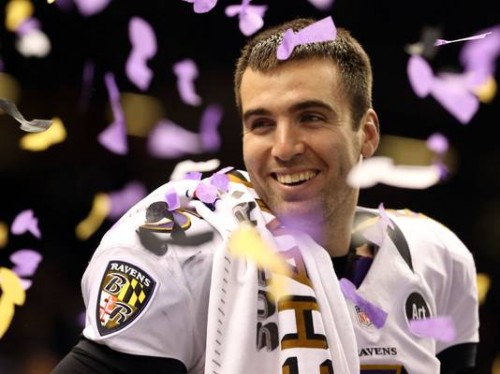 The Baltimore Ravens and Joe Flacco have come to an agreement of a six-year, $120.6 million contract. This makes the Super Bowl Champion and Super Bowl MVP the highest paid NFL quarterback! Winning is awesome and EVERYTHING! Flacco has taken Dree Brees position of being the highest paid quarterback. According to the math, Flacco will make will make an average of $168,908 each day of the regular season for the six years. WOW! It pays to win!