Are You Watering Down Your Beer Anheuser Busch?

Anheuser-Busch is being accused of watering down their beers. There are three lawsuits against Anheuser-Busch. Among the plaintiffs in the lawsuit are two brothers, Thomas and Gerald Greenberg of Montgomery County. Apparently, they’re experts because of their consumption of two to four cases of beers a month. In all three lawsuits they are asking for more then $5 million dollars in damages. According to Time: 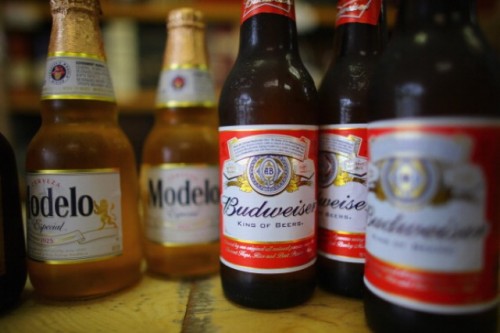 Former employees at Anheuser-Busch breweries say that they routinely watered down popular beers such as Budweiser, Michelob, Natural Ice, and Bud Light Platinum.

Of course, Anheuser-Busch is denying these allegations. The vice president, Peter Kraemer said in a statement the claims were “groundless.”

“Our beers are in full compliance with all alcohol labeling laws. We proudly adhere to the highest standards in brewing our beers, which have made them the best-selling in the U.S. and the world.”