Interesting! TMZ revealed the strange fact that for some odd reason Tom Cruise and or Katie Holmes is employing another little girl to “play” Suri, think of it as a “body double” in order to trick the press and the public in general. I think it is more about tricking any would-be kidnappers… But then what happens? They kidnap this other little girl? Is she any less important than Suri? I mean, I get it, but I don’t get it. 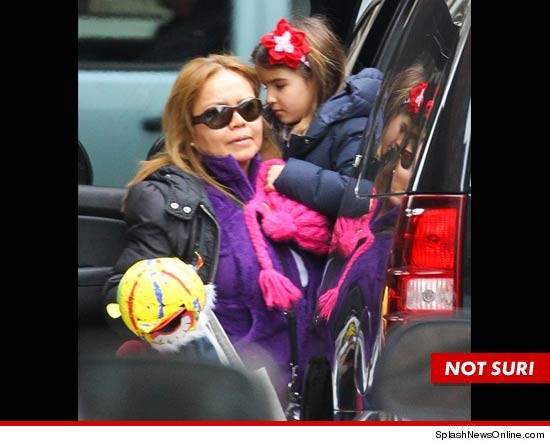 TMZ may have found proof that Suri Cruise is actually using a TINY BODY DOUBLE to fool the media!!!

Exhibit A — Suri getting out of an SUV in NYC this weekend wearing a beanie, blue bubble jacket, leggings and brown Uggs. 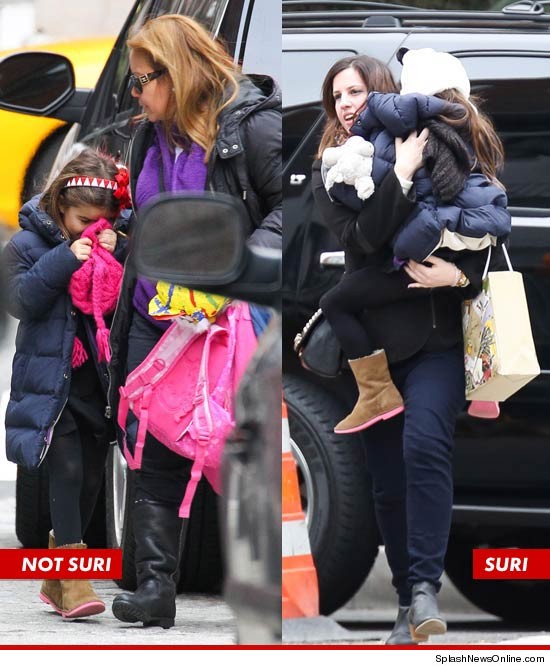 Exhibit B — Another little girl who sorta looks like Suri getting out of the exact same SUV wearing an IDENTICAL OUTFIT … with a different colored beanie. So what does it all mean??? Is Suri trying to dupe the media? Is the other girl in on some sort of diabolical plot? Or … are they just friends who like to wear the same clothes?We know, that’s ridiculous … IT’S TOTALLY A BODY DOUBLE!!! 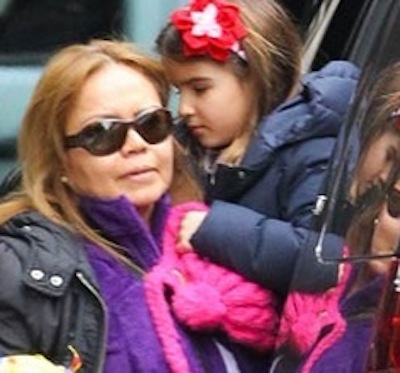