Looks like Arnold Schwarzenegger may have got him some tail, after moving on from his wife Maria Shriver. The ex-Governor of California was spotted having dinner with a mystery blonde in Santa Monica. TMZ. 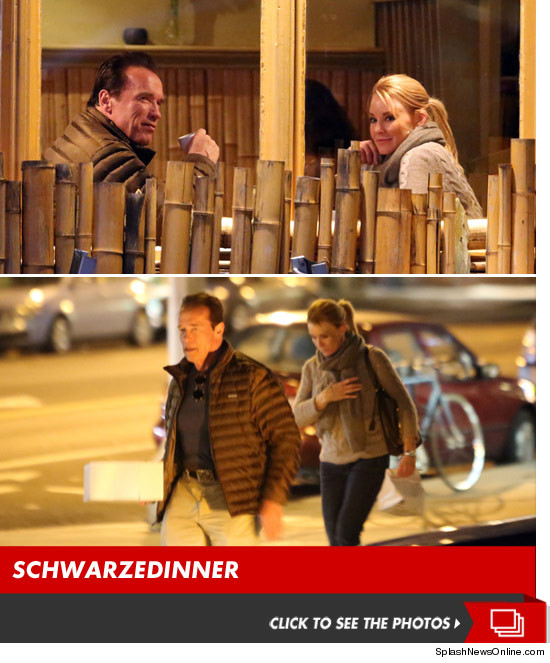 Ahnold and the unidentified lady friend  were all smiles as they dined alone at Babalu restaurant on trendy Montana Avenue. Although Shriver filed for divorce in 2011, last month the former Governator old a German newspaper he was still in love with Maria and hoping to reconcile.As we’ve been reporting, Arnold was trying to get Maria back for a long time, but our sources say months ago they both threw in the towel and all that’s left is setting money stuff.  So the whole, “I’m in love with her and I want her back” thing doesn’t really ring true.

TRENDING: Can You Believe What Heidi Klum Wore To The Oscars?
CLICK PHOTOS TO SEE MORE
POST NOWTWEET NOW