I had no idea this happened! Carl, the brother of Blade Runner Oscar Pistorius, was in court facing his own homicide charges for killing a female! – Just two days before Oscar’s now infamous bail hearing! AND get this! He was represented by the SAME lawyer! Radar. 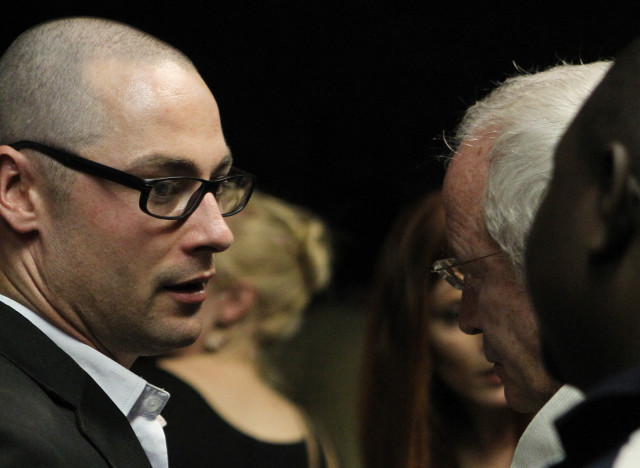 Carl Pistorius was a constant fixture in the courtroom during his brother Oscar‘s brother Carl is facing culpable homicide charges in the death of a FEMALE motorcyclist in an accident that occurred outside of Johannesburg in 2010.

Carl was initially charged with reckless or negligent driving, but the matter was provisionally withdrawn, and later reinstated as culpable homicide. Carl was tested for alcohol use at the time of the accident, and it was determined he had not been drinking. He was due to go on trial last Thursday but Oldwage confirmed that he’d had it postponed until March.

On Sunday, Oscar and Carl were believed to be together in a home provided by Oscar’s legal team in Pretoria.