Christopher Dorner was engaged an intense gun battle, killing a police officer and wounding another in Big Bear, CA. Police officials have been on an intense man hunt for Dorne after he allegedly killed 3 people and another police officer. 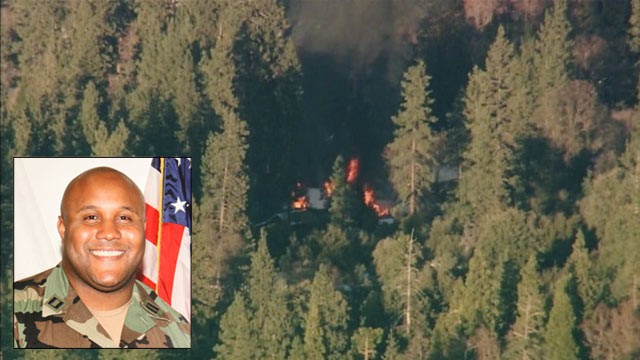 The San Bernardino Sheriff’s Dept. released a statement saying, “The charred human remains located in the burned out cabin in Seven Oaks have been positively identified to be that of Christopher Dorner.” The body was identified through dental records.