Sports Illustrated knows how to create a buzz… Just this week a blogger leaked the Kate Upton swimsuit issue’s cover and now website Jezebel is trying to cause an uproar saying minorities were used as “props” in photos inside the steamy bikini issue. 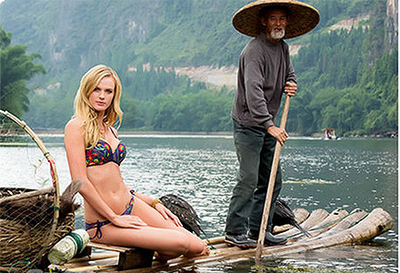 Jezebel argues that the magazine is perpetuating racial stereotypes by drawing power and class lines between the Westernized models and the “primitive locals” and points to a long history of media using people of various ethnicities as “extras”, citing Nylon magazine, the Free People catalog, British Vogue, and J-Crew. 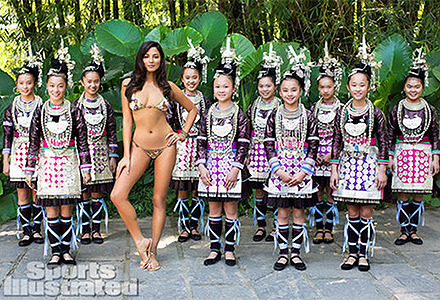 As Jezebel writes, where are the images and pictures of bustling cities, skyscrapers – the pictures reify dominant narrative about the uncivilized and primitive third world. 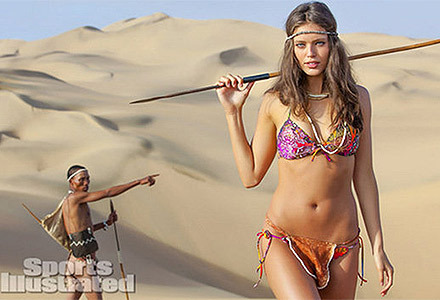 They define people of different races as ‘other’ and the sexual white female body as desirable, as they’re to be watched, consumed, and enjoyed by men in lounge chairs,” he adds.

I think SI should get credit for going all out on this shoot and I see the indigenous people as “participants” and not “props” but that’s just me! :)