Michael J Fox To Son, ‘You’re a Piece Of Dirt If You Bring Home Taylor Swift’

Michael J. Fox may not want his son to date Taylor Swift, but is that any reason to call the boy a name?

Fox made the disparaging comments on the heels of this year’s Golden Globes when co-host Tina Fey quipped to Taylor Swift AKA, the serial dater, about needing “some time to learn about herself,” with the kicker to also steer-clear of Sam, who accompanied Michael in the audience of the glitzy awards show. 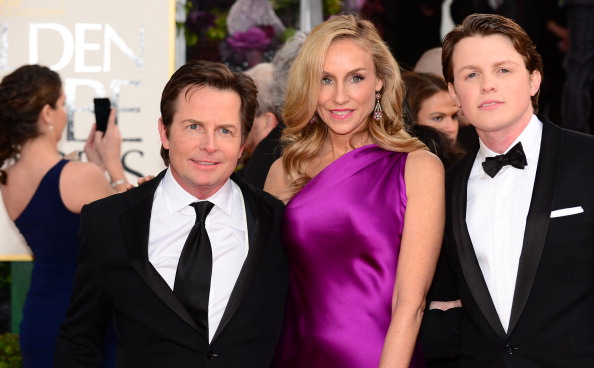 Fox, who has several TV shows in the pipeline, jumped on the opportunity to discuss his son and the possibility of him ever dating Taylor,

“I don’t keep up with it all, but Taylor Swift writes songs about everybody she goes out with, right? What a way to build a career.”

“I wouldn’t even know who she was.”

Then in a very un-fatherly like fashion Fox said,

Wow! Your kid is a piece of s**t because he brought Taylor Swift home? Talk about hard to please! Or is this just an example of back to the future thinking?