It was bound to happen, a flash mob, so uncoordinated, they sent people running for their lives and started a huge brawl! That’s exactly what happened at a Louisiana mall this weekend… 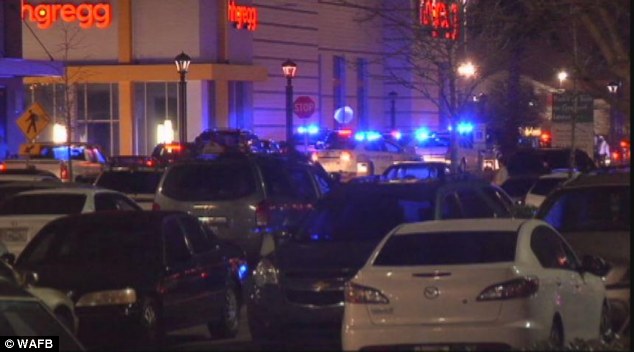 The Mall of Louisiana was evacuated Saturday night after a flash mob turned into an ugly brawl.

Cellphone video captured the chaos as shoppers jammed escalators and ran for the nearest exits in Baton Rouge, the state capital. Employees at the mall were ordered to abandon their cash registers and evacuate immediately.

The fight broke out in the mall food court, where 200 teens had gathered for a flash mob.

“We think there was some sort of post on social media about a flash mob for tonight which drew such a large crowd of juveniles,” Casey Rayborn Hicks, a spokeswoman for the East Baton Rouge Sheriff’s Office, said.

Hicks said deputies are investigating the events that led to the fight.

The panic was especially acute, weeks after a gunman opened fire at an Oregon mall, killing three people, including himself, and injuring one.

“Saw people running and screaming I turned around a girl told me someone has a gun I started running with them,” shopper Missy Melancon wrote on Facebook.

No injuries or weapons were reported, though nerves were rattled.

“Never been that scared in my life,” Juston D’Nea Millet wrote on Facebook. “People were running everywhere. It was like a movie, but you were in it.”