The beautiful and talented Julianne Hough, a former dancer on the hit TV show “Dancing With The Stars” turned actress, reveals her ugly and traumatic past in a new interview. 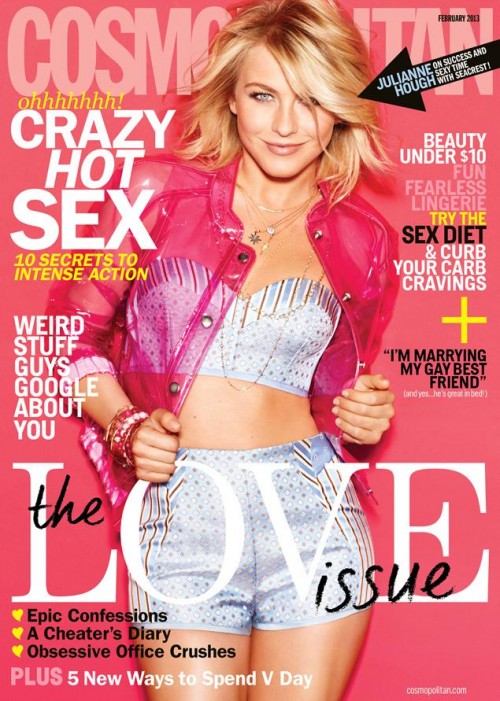 Hough opened up her dark childhood memories of show business to Cosmopolitan Magazine, telling the mag that she was abused “mentally, physically, everything” when she was just 10-years-old.

When Hough’s parents got a divorce when she was 10, she wanted to take dancing to a new level. Julianne said she went overseas to London, England to study dance near her older brother Derek Hough, who just wrapped up the last season of DWTS, as he was studying dance at Italia Conti Academy of the Arts.

The two were then students at the Academy, where they both danced away the sadness of their parents’ divorce. “While I was in London, I was abused mentally, physically, everything,” said Julianne. She continued to reveal dark details of the memory stating, “I was 10 years old looking like I was 28, being a very sensual dancer. I was a tormented little kid who had to put on this sexy facade because that was my job and my life.”

Although Julianne was wrongfully abused by child molesters, she justifies their actions and the past by saying now that she is a “forgiving person” and doesn’t want to “hurt anybody [the abusers and molesters].” She even seems to take some responsibility for the mystery molesters’ actions stating that she ‘wanted love’ at the time. Julianne was quoted, “I was this innocent little girl. I wanted so much love.”

Julianne’s ‘want for love’ stems from her parents getting a divorce and her being away from home, and studying dance in London. Her taking some responsibility for the child molesters’ actions, stems from her former needs of wanting attention, and she clearly understands that she had that desire as most children do.

Her response to her revealing secret, shows that Julianne hasn’t had proper counseling or treatment, because if she had, she would never blame her childhood need for attention as the reason for getting molested. She would know as a 24-year-old adult that the molester was the one who was 100% in the wrong.

This could very well be a case of some sort of heavy mind control.