Dead Accounts, which starred Katie Holmes will close after a mere 27 preview performances and 44 regular performances at the Music Box Theatre. 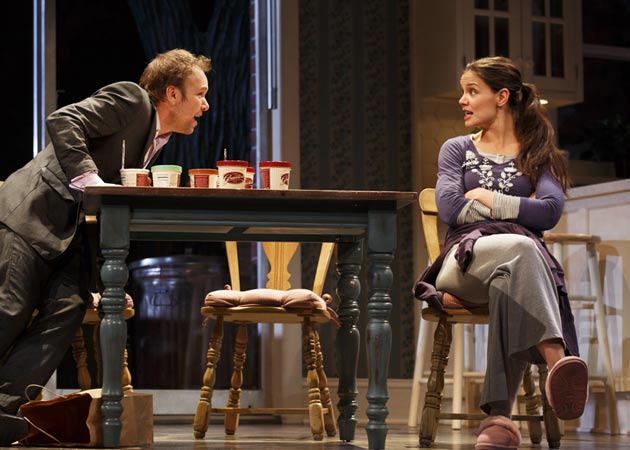 The originally scheduled end date of Feb. 24 (with the option to be picked up for more performances) was not to be as the show will now go dark ASAP.

Holmes starred as an Ohio woman whose secret-harboring brother returns to the family homestead after a long time away.

The dark comedy’s cancellation is being blamed on a tough economy however it did not help matter that reviewers dubbed the play “a limp chain of anti-climaxes” New York Times and Holmes herself was called “insanely miscast” by New York Magazine.