Dennis Petillo, 24, of Los Angeles was arrested and booked for investigation of attempted murder after setting a 67-year-old homeless woman on fire as she was sleeping on a bus bench. He is being held on $500,000 bail. 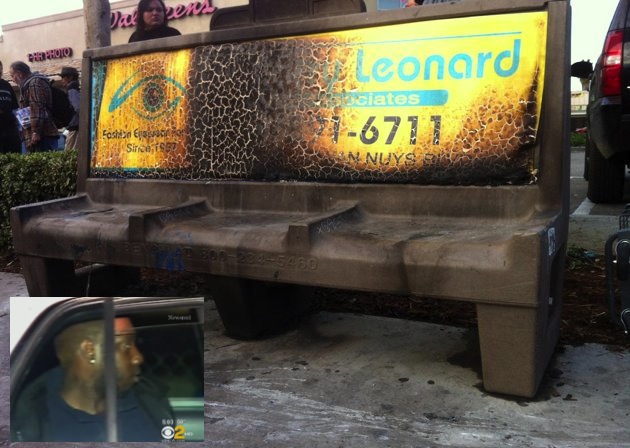 Cops say Petillo spotted the woman sleeping on the bench around 1 a.m. when he poured some type of flammable liquid on her before striking a match and setting her ablaze, said a witness.

The woman lived and is listed in critical condition in the burn unit at a local hospital.

Last week, a 55-year-old man was set on fire as he slept outside a doughnut shop in southern Los Angeles County. No one has been arrested in that crime, or have they?