Ex-Laker, Andrew Bynum is suing his Los Angeles neighbors for a variety of harassment claims. The pro NBA player has been sidelined this season with an injury but that hasn’t stopped him from being in the spotlight – but for all the wrong reasons.

Bynum first filed a suit against his neighbors who were quick countersue, and from their comments below they had nothing good to say about the baller… 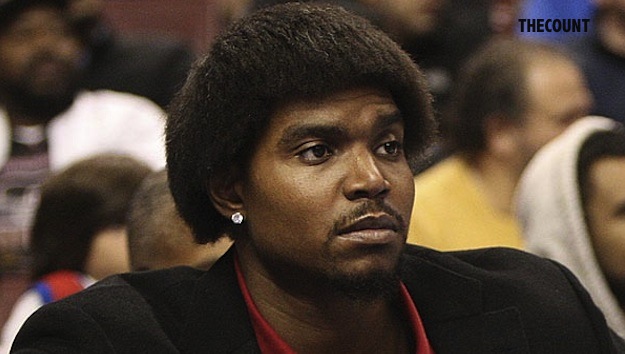 “Bynum has demonstrated open contempt for the Becketts specifically and for the neighborhood generally by blasting loud, profane, and disrespectful music and video games at window-shaking volumes; by letting his dogs run loose through the neighborhood; by apparently engaging in illegal drug use and permitting marijuana smoke to drift into the Becketts’ backyard; by constructing a fence on his property which is not in compliance with the community codes and regulations; by conspicuously brandishing firearms in an attempt to threaten and intimidate the Becketts in retaliation for their legitimate complaints; and, perhaps most seriously, by recklessly racing his luxury cars through the neighborhood at dangerous speeds where children or others could be injured or killed.”

Bynum denied all the allegations but how can he denied that he plays his video games at earth shattering levels? We all know he probably does that, next, is he denying the smell of pot wafting out of his house? Fine, but we know he does that too, look at his hair for god sakes!