This is the worst version of “America the Beautiful” I have ever heard… What the heck was the sound man thinking? Is Meatloaf kidding or maybe drunk? His voice is borderline maniacal audio hell! 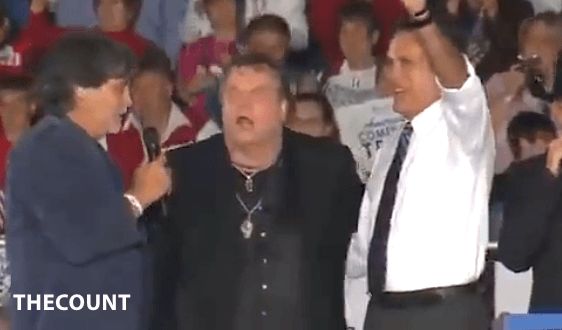 There he was … Meat Loaf harmlessly singing “America the Beautiful” with Mitt Romney at a campaign event yesterday … when all of a sudden, Mr. Loaf went COMPLETELY OFF THE RAILS.

Meat decided the traditional rendition of the song was a little too boring … and sane … so he mixed things up a bit — with some improv shouting and yelling that he probably considered “creative improvements.”

What ensued was nothing short of a musical train wreck.