Beaverton, Oregon. Police are in possession of a hamster after an early morning traffic stop of Nicole Huey, 27, for suspicion of DUII, driving under the influence of intoxicants.

When officers approached Huey in her vehicle, they noticed she had an angry hamster snarling on her lap. Cops say the inebriated woman had brought her furry friend along for the early morning joy ride to a local store. 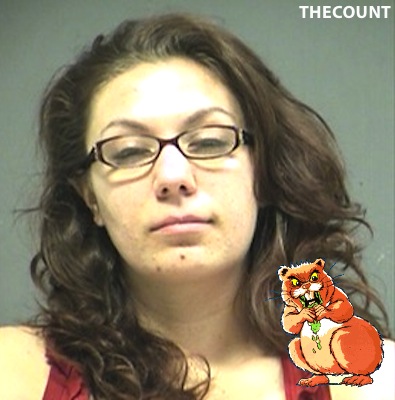 According to a police report, the hamster was the only other occupant in the vehicle — and was not using any safety restraint.

After police got finished arresting Huey, they went back to her car to collect the hamster – now perched stoically on the dashboard – After asking if anyone could come retrieve her pet, Huey replied, “No! So you should just kill it”.

Beaverton cops successfully took the rodent into custody, but not before him putting up a good fight, it taking three officers to finally corral the critter. Cops craftily constructed a make shift container from an evidence tube and transported the hamster to a Veterinary Clinic.

One cop summed it up this way, “Luckily no human or hamster was harmed during this incident.”