President Obama made the judgment call to move his show out of Bank of America Stadium and into the Time Warner Cable Arena, sighting weather. That decision displaced lots of folks that planned to attend – and they are not the only ones put out by the move – at least 100,000 balloons will also have nothing to do tonight… Event planners said that there was simply not enough time to prepare for a new drop at the new venue making tonight, totally balloon-less, a first in modern history. On a related note, a TON of fireworks were also scrapped… Hey look at the bright side! You Obama fanatics can always rock your trusty lighters! Like they used to do at concerts! 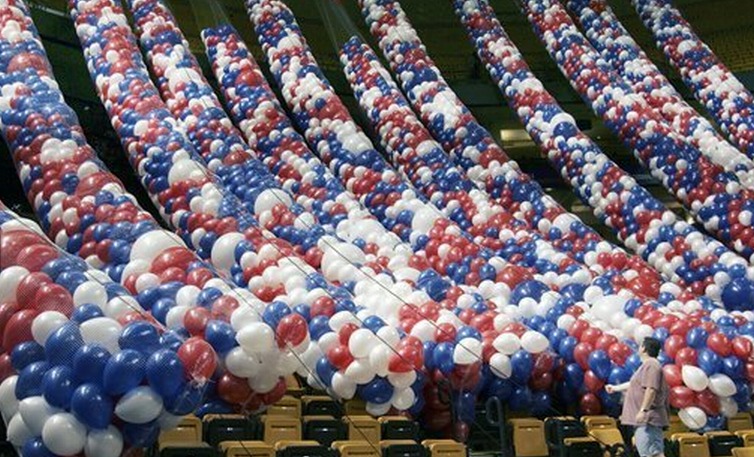