TWITTER, it resurrects you and then kills you again at will… Did he die or did he not die? In Macaulay Culkin’s case, it may be a lot of both… In the picture below, we see Mac barfing in public recently… Apparently after Mila Kunis threatened all of his pushers, which left Mac walking a Los Angeles street seeking a heroin fix. 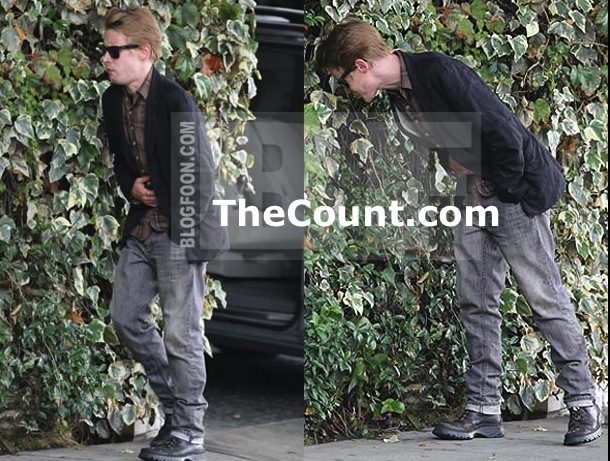 Our favorite “Home Alone” actor is not really dead, that was a cruel Twitter prank, but many close to the actor claim his drug use is quickly killing him, for real.

The rumor was the young actor had died of overdose, but it was all a sham. Culkin is alive, FOR NOW.