A 17-pound, 70 to 100-year-old lobster that was stuck in one of those glasstanks at a Waterford, Connecticut restaurant was purchased by a man on Tuesday and released back in the ocean — and the children of the town could not be any happier. 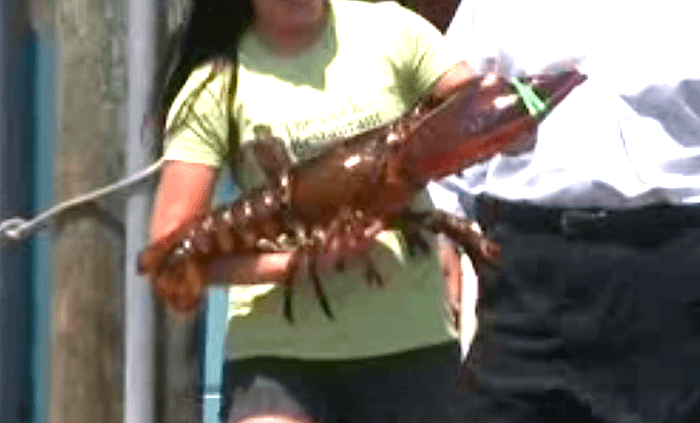 Don MacKenzie is the man who saved this lobster from the pot, “This lobster has seen World War I, World War II, seen the landing on the moon and the Red Sox win the World Series, he’s made it this far in life,” MacKenzie said. “He deserves to live.”

The now free crustacean was aptly named “Lucky Larry” by children who routinely showed up to the eatery just to visit him. But soon the children learned that someone had picked out Larry for their dinner — and that’s when MacKenzie stepped in. 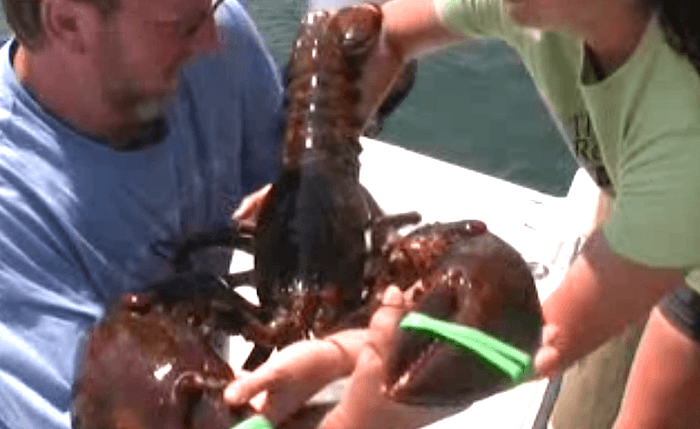 “There was a price on the guy, but I won’t say how much it was,” MacKenzie said. “Let’s just say that it’s the most expensive lobster I never ate.”

On MacKenzie’s journey releasing Larry back into the wild, a group of children followed him chanting, “Let Larry live, let Larry live!”

Long Island Sound is Larry’s new home, luckily in an area of water that makes it impossible for draggers to drop their nets. 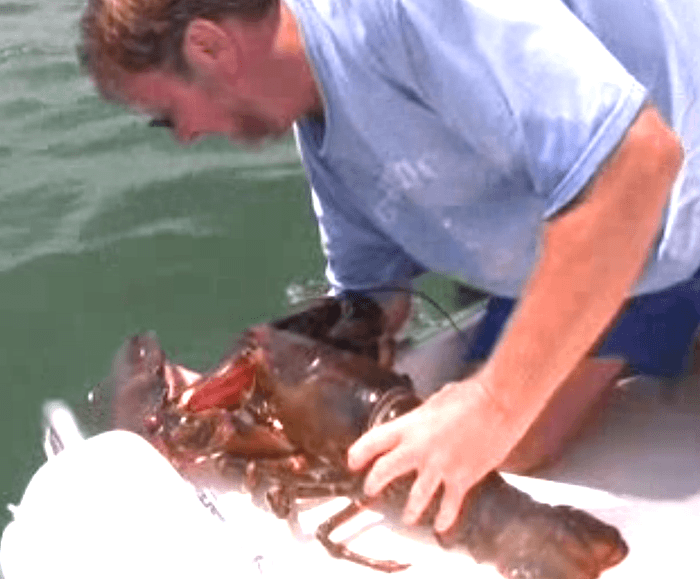 As MacKenzie stood in the boat, Larry in hand, he cradled him to remove the thick green rubberbands from his massive claws and then set him down on the deck, it was then that Larry seemed to look back in gratitude before being lowered in the water and scurrying away to live another day.