It’s no secret that Phillip Phillips was in so much pain while on his way to winning American Idol that he considered quitting and today he’s announced upcoming kidney surgery. Even though that sounds daunting Phillips says he won’t be quitting any of the AI tour dates which kicks off July 7, 2012. 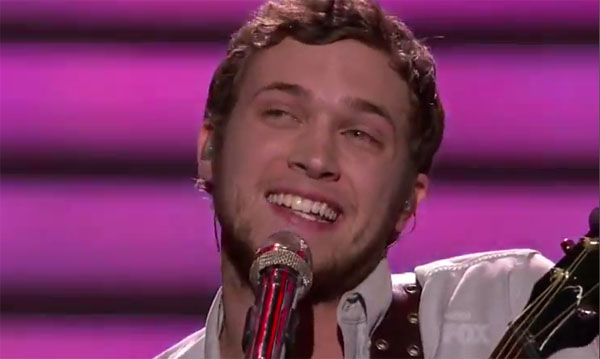 “It’s just my right kidney kind of isn’t functioning,” Phillip said “I have a stent to help with that. I’ve got to get that fixed up pretty soon.”

Phillip has already had eight procedures since starting American Idol this season. “I had some bad days, and I had some pretty good days,” Phillip said. “It was rough at times. I came close to almost dropping out to get the surgery done, but my doctors helped me out a lot.”

Phillip said the surgery is not even scheduled with doctors yet but he still maintains he will be 100% by the time the American Idols Live tour kicks at Detroit’s Joe Louis Arena, giving him just over a month to recover. His reps echoed the same.

“I’m not going to be missing anything,” Phillip says. “I’m ready just to jam out, man. I don’t know if I’ll be singing a lot — it’s going to be a lot of jam music.”