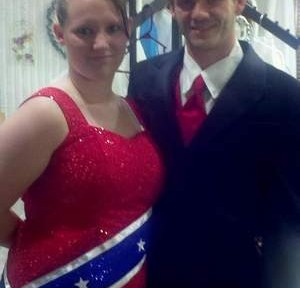 You might be a redneck if… you wear a prom dress with an embroidered Confederate Flag.

18-year-old Texanna Edwards, says she wasn’t allowed inside of her school’s prom in Tennessee, because her ‘Conferederate Flag themed dress’ was deemed “offensive and inappropriate” by school officials. 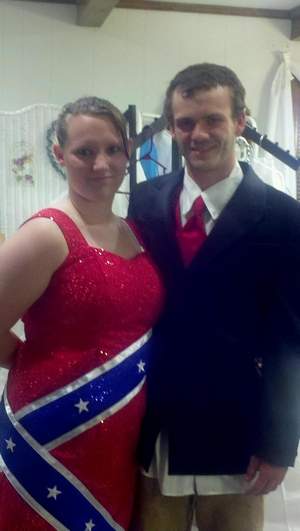 Although some school teachers who knew about her dress prior to the prom, telling Edwards it might be a bad idea, and to ‘check with the administration for clearance’, Edwards went ahead and wore it anyway.

Edwards knew there would be possible trouble for wearing the Flag she takes pride in, but she wore what she believed in anyway, gaining press all over the U.S. today. 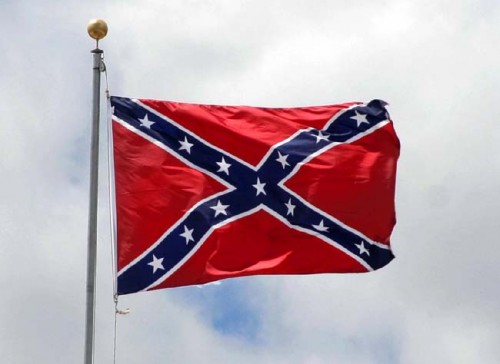 Since Edwards got so much press for her ruined prom night, maybe she’ll try to sue the school next! That’s usually how things go these days! We’ll keep ya’ll informed.

Until then, check out our gallery of PROM DRESSES FROM HELL. Yep, we’re already thinking about adding the Flag dress to the hall of fame.