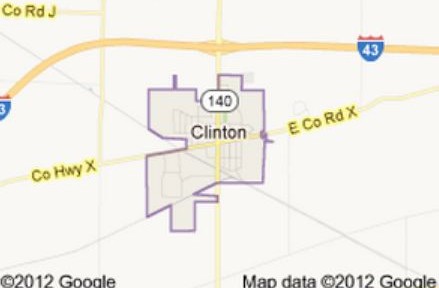 In a small town just 180 miles northeast of Madison, Wisconsin, there has been an unexplained shaking occurring, that neighbors say sounds like “rattling pipes, clanging metal, thunder or firecrackers”, and feels like some kind of “vibration”.

In this small town of Clinton, WI, these mysterious sounds and vibrations reportedly started early Sunday night in just one part of Clinton in the northeast corner, where about 4,600 people live. The shaking is so disturbing, household objects are dancing off the shelves, and neighbors are being forced out of their homes to physically converse with one another about the issue.

The city’s manager Lisa Kuss is even baffled about the shaking and noises, as she told CNN in an interview that she’s “had workers peer into manhole covers, and has had utility crews test for leaking natural gas and other problems, but no one has yet to find anything.”

While the military doesn’t seem to have any answers, there is no hard evidence that any seismic activity or quakes are occurring, according to the U.S. Geological Survey records.

What could be going on? Is there an uprising in Middle Earth? Is 2012 really the end? CNN’s report on the issue, says that noises and shaking are probably a natural occurrence. They have a great list of possibilities of what this phenomenon might be, stating, “One possible explanation is gas explosively escaping from underground rock formations. Another is a rock burst, which can happen when mining or quarrying uncovers long-buried rock, suddenly relieving stress and resulting in locally loud, explosive reports. Others include meteorites, a phenomenon known as “booming sands” or even distant thunder, sounds that Hill wrote can be carried for significant distances under proper atmospheric conditions.”