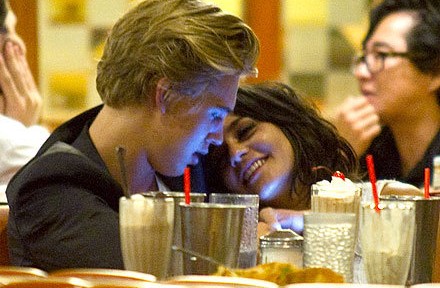 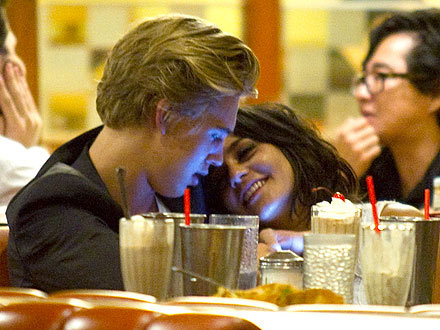 Who is Austin Butler? He’s 20-years-old, 6 ft. tall, blonde hair, blue-green eyes, and he’s from Anaheim, CA. He started out doing atmosphere/background work in shows, after he was discovered at a local fair. He moved up quick in acting, just after starting as an extra. His career took off in 2005, which was a year after being discovered. He has been on Nickelodeon shows Zoey 101 and iCarly. He’s been on Disney shows Hannah Montana and Wizards of Waverly Place. He’s had roles in a lot of various family TV shows and movies.

Looks like he’s hooked up with Hudgens and getting himself some nice press! She is too!