It has taken 9 long months to arrive and now tons of debris jolted and washed away to sea after Japan’s huge earthquake and resulting tsunami is finally starting to arrive on shore in Washington state. 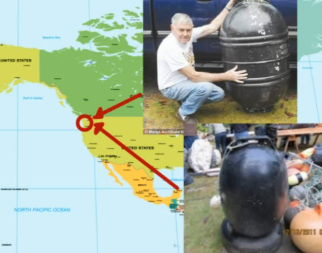 At least ten buoys belonging to Japanese oyster farmers washed ashore after traveling afloat a staggering 4500 miles and there is a heck of a lot more junk, in fact an estimated 100 tons is all on its way most expected to come ashore on California’s golden coast and other west coast cities for at least another 2 years.