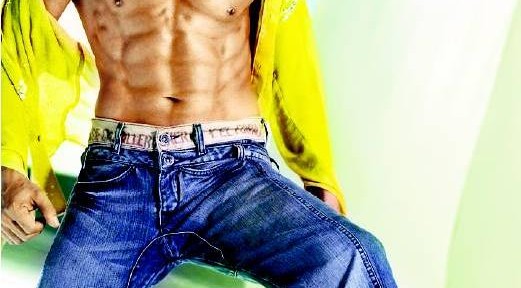 We saw this coming right away! The new airport body scanners are already causing trouble! Not just ‘radiation microwaving your body’ kind of problems, were talking about ‘X-ray body scan photos of famous people being taken and passed around for fun’ kind of problems!

PrisonPlanet.com is reporting that “images of Indian film star Shahrukh Khan were printed out and circulated by airport staff at Heathrow in London.”

“UK Transport Secretary Lord Adonis said last week that the images produced by the scanners were deleted “immediately” and airport staff carrying out the procedure are fully trained and supervised.”

“It is very important to stress that the images which are captured by body scanners are immediately deleted after the passenger has gone through the body scanner,” Adonis told the London Evening Standard.”

“Adonis was forced to address privacy concerns following reports that the images produced by the scanners broke child abuse laws in the UK. When the scanners were first introduced, it was also speculated that images of famous people would be ripe for abuse as the pictures produced by the devices make genitals “eerily visible” according to journalists who have investigated trials of the technology.”

“However, the Transport Secretary’s assurances were demolished after it was revealed on the BBC’s Jonathan Ross show Friday that Indian actor Shahrukh Khan had passed through a body scan and later had the image of his body printed out and circulated by Heathrow security staff.”

Shahrukh Khan said this about his body scan experience from hell:

“I was in London recently going through the airport and these new machines have come up, the body scans. You’ve got to see them. It makes you embarrassed – if you’re not well endowed.” [Referring to how the scans produce clear images of a person’s genitals.]

“You walk into the machine and everything – the whole outline of your body – comes out.”

“I was a little scared. Something happens [inside the scans], and I came out. Then I saw these girls – they had these printouts. I looked at them. I thought they were some forms you had to fill. I said ‘give them to me’ – and you could see everything inside. So I autographed them for them.”

“Not only have the scanners proven to be a total violation of privacy, but major international radiation safety groups are now warning of the health risks they pose. Despite governments claiming that backscatter x-ray systems produce radiation too low to pose a threat, the Inter-Agency Committee on Radiation Safety concluded in their report that governments must justify the use of the scanners and that a more accurate assessment of the health risks is needed. Pregnant women and children should not be subject to scanning, according to the report, adding that governments should consider “other techniques to achieve the same end without the use of ionizing radiation.”

“The Committee cited the IAEA’s 1996 Basic Safety Standards agreement, drafted over three decades, that protects people from radiation. Frequent exposure to low doses of radiation can lead to cancer and birth defects, according to the U.S. Environmental Protection Agency.”