A suspicious package was discovered by security personnel in a flowerbed outside of Oprah Winfrey’s Harpo Studios.

Bomb Squad Police brought in the robot called “remote diagnostics” to check out a dark colored backpack that had wires hanging out of it.

After a few hours later the backpack was deemed harmless and the streets were reopened.

Larry David has managed to do the nearly impossible, reunite the entire primary cast of “Seinfeld” for the HBO series “Curb Your Enthusiasm.”

It has been eleven years since Jerry Seinfeld, Julia Louis-Dreyfus, Jason Alexander and Michael Richards will have appeared on screen together.

Apparently the “Curb” storyline is about the “Seinfeld” cast reuniting in a sort of show within a show, however, David said the cast actually reuniting for any more “Seinfeld” episodes is unlikely.

This story confuses me. Famous actor and New Mexico resident Val Kilmer owes the IRS $538,585 according to a lien filed on the star by the government. But the lien was filed in a New Jersey IRS office. But he lives in New Mexico! What’s going on?!

Whatever’s going on, Mr. Kilmer needs to pony up a lot of cash to the feds. And while Val Kilmer may be a wealthy man, $500,000 isn’t chump change. As well, it looks like he’s trying to sell his ranch in New Mexico. Dang, maybe he really does need money. Actor Jude Law is going to be a dad for a fourth time.  However, it’s not a completely ordinary instance.  Law’s representative released this statement:

“Jude Law can confirm that, following a relationship last year, he has been advised that he is to be the father of a child due in the fall of this year.  Mr. Law is no longer in a relationship with the individual concerned but he intends to be a fully supportive part of the child’s life. This is an entirely private matter and no other statements will be made.”

Law has three other children with ex-wife Sadie Frost.  No one knows who the mother is or if there is any settlement being reached between the two.  Let’s just hope that they work it out and support their child.  And the media should let it be.  After all the Michael Jackson and Gosselin nonsense, I’m sick of celebrity children disputes.  This sounds cliched but let’s leave the kids alone.

Over the weekend, ThecounT.com attended the LA International Short Film Festival in Hollywood. We were there supporting our dear friend Bethany Bassler, who starred in the film “Commited.”

After exiting the festival it was off to dinner at “Sushi Dan” which is located on the same floor as the festival. While seated in the outdoor dining area, we noticed people forming a line, starting with a sign that read, “The Room”. Throughout dinner, we noticed the line multiplying like crazy! By the time we were finished eating, the line was wrapped full circle around the complex.

Suddenly, a man jumped up on a riser outside the theater and yelled, “5, 4, 3, 2…”! The crowd roared with excitement! The Count’s jaw dropped as if he’d seen a UFO, then a light bulb went off, “Oh my gosh! That’s the guy! That’s ‘Lisa! You’re tearing me apart!’ the guy from the movie!” Then it hit me, it was Tommy Wiseau, the star of the cult film “The Room”!

We already knew of “The Room”, however, we couldn’t believe our eyes! Why were so many people lined up for this movie and not sitting on their couch watching the DVD? Our reporter instincts kicked in, Count and I quickly made our way over to the theater and peeked inside, the doors were locked. We could see seated inside, the stars of the movie, Tommy Wiseau and Greg Sestero. We waved through the glass to get their attention to come outside;  and guess what? They did! Tommy was super nice! We snapped pictures and chatted with the guys.

“It’s been crazy. The turnout for the movie has been unreal. We just got back from Comic-Con in San Diego and fans showed up from from all over the world.” Said Sestero. “I pitched in as a casting director and I also acted in it. We all did what we had to do to make this film happen.”…

Tommy got an instant kick out of my name being “Lisa”, just like the famous quote from his movie, “Lisa, you’re tearing me apart!” Tommy chuckled and said, “Ohhh…Lisa hehe.” As if he were flashing back into the now infamous scene in his movie! (insert Twilight Zone music here.)

Now it was time to interview some of the fans who had waited hours to be first-in-line. After all, it’s the fans who are making this a ‘cult’ film, not to mention also making it a big success. Here’s what “the cult” had to say about the phenomenon of “The Room”:

“It’s a cult film and the audience is really involved with it. That’s the coolest part. This is my fifth time seeing it. I love the mentality of it. It’s great.” Said Fred, a big fan who was standing first in line.

Fred’s friend Andre then said, “It’s my first time here. He brought me. He’s [Fred] really in love with it. He doesn’t stop talking about it.”

We noticed that Fred was holding a box of plastic spoons. We curiously asked, “what’s up with the spoons?” Fred told us, “Every time a spoon is on screen, we grab a handful of spoons and throw it at the screen and yell ’spoon!’. There are spoons throughout the movie, we don’t know why, but we just throw the spoons when they show up in the movie.”

Fred went on to talk about Tommy Wiseau being loved by all the fans. “You gotta love Tommy, he’s so involved. He loves his job so much. You gotta give him that respect. He always shows up. He loves his fans.” Fred shows up to “The Room” screening on the last Saturday of every month. Guess who’s there every time? Tommy and Greg! Go here to plan the Saturday that you will attend.

Tommy and Greg were so great. We had a ball meeting them and they were nice as can be. Stay tuned with an exclusive interview with “The Room” Star, Greg Sestero coming soon. 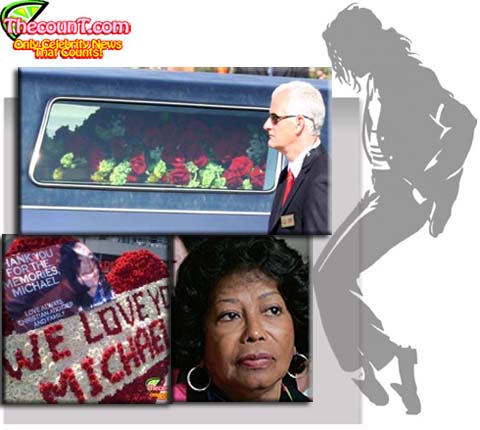 It’s almost official, Katherine, Michael Jackson’s mother, will most likely retain custody of his three children and the biological mother of Michael’s two older kids, Debbie Rowe, will get visitation.

Katherine has been actively involved in legal action to keep her son’s kids after his untimely death. Debbie Rowe, who was briefly married to Michael after being artificially inseminated and eventually giving birth to two of Michael’s children, has also showed interest in caring for them.

Now it’s seems the parties have reached an agreement that gives Katherine full custody while allowing Rowe to visit the kids, however, part of the deal puts a physiologist in the middle, advising Rowe and Mother Jackson as to how Rowe’s visitation should work.

Monday, the matter will go before a judge who will likely ink the deal.

The long national nightmare is over, friends. The divorce of Hulk and Linda Hogan has been finalized. A settlement was reached today after months and months of fighting from both sides.

The specifics of the settlement weren’t revealed. But, hey, at least it’s over. The divorce proceedings were getting pretty nasty, with witnesses claiming Linda was doing drugs with alimony money. Yikes.

“The war is over,” Linda said after the hearing. You’ve got to wonder what she’s up to next. I’m guessing reality show but who knows? 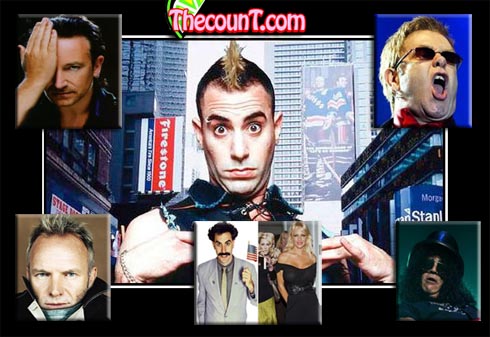 I guess not every Jonas is having a happy love life.  Joe Jonas, the middle brother, is back on the market after splitting with his actress girlfriend Camilla Belle.  Belle’s rep told Radar Online “Yes, it’s true, they have broken up. There is no third party involved and they care deeply about each other and will remain friends.”

There had been some rumors that Camilla was spending time with tennis star Fernando Verdasco. Belle and Jonas had been dating since meeting on one of the Jonas Brothers music video last year.

As we all know, Joe’s brother Kevin is engaged while the younger Nick may or may not be dating Miley Cyrus.  Maybe they can give Joe some relationship advice.

What the heck is going on here?

Just Jared has posted some more pictures of new friends Jon Gosselin and Michael Lohan hanging out together in the Hamptons. Apparently, Michael is family friends with Jon’s new lady love, Kate Major, and offered the couple residency at his estate. Looks like they’re getting along famously. In fact, Lindsay’s dad gave his two cents on the the future of TLC’S stars, saying Jon wants to remain friends with his soon-to-be ex, Kate Gosselin.

“They had eight kids and he would like to work things out the right way and just be friends,” Michael told People magazine. As long as Jon doesn’t take any relationship advice from Michael, I think he’ll be fine.

This might be the weirdest celebrity friendship in history. I really hope something memorable comes from this pairing, like a television show or ill-fated album.