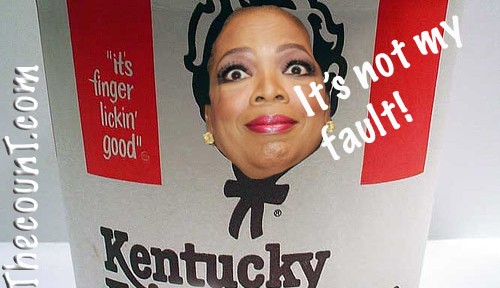 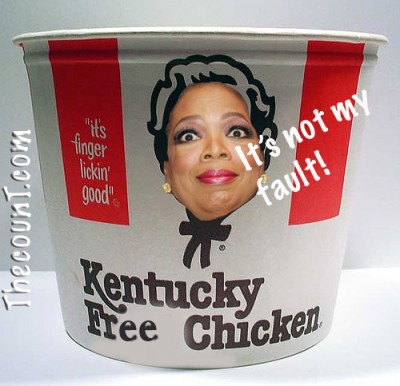 On Tuesday, Oprah teamed up with Kentucky Fried Chicken to promote their new ‘grilled’ chicken. She was giving away ‘free chicken’ coupons on her site Oprah.com for 24 hours.

Because there was a LACK OF CHICKENZ!

Apparently there wasn’t enough chicken to go around for everyone!
Is Queen Oprah to blame???

Here are a few of the tragic coupon stories that have been reported:

Pasadena, California-“I just came back from the North Lake KFC in Pasadena California, where the sign on the door read “We are not accepting internet coupons.”

New York City-“Unfortunately for those who worked on or near 42nd St., in NYC are not able to use the coupons. A KFC employee was literally screaming in front of the KFC stating, “NO MORE COUPONS” and turned people away. Thanks for nothing!!!!”

[My favorite!] Chicago Illinois-“I work in downtown Chicago and the KFC was closed with a sign that said “be back in two weeks”. Can’t imagine what they are avoiding…”
Read more heartbreaking KFC coupon stories here.