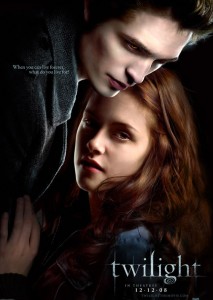 The person who is suing Stephanie is her former college buddy, Heidi Stanton. Heidi filed a lawsuit against Stephanie in Utah last Tuesday, April 14th. Heidi states in the papers, “Quite frankly, I was shocked when I began watching the movie [Twilight] with my husband last week. I immediately told him that she got that idea from me! I wrote a fictional short story with the same ideas when we were in college together.”

But Stephanie says that the Twilight series ‘came to her in a dream back in 2003.’ She completed Twilight three months later.

Hollyscoop.com also sadly reports that “Production of New Moon has since been “put on hold” until the case is resolved.” It’s scheduled for release in November 20, 2009.